I cannot comment about the results of the 1971 decision to take the US Dollar to fiat tender better than the graphics shown at:

Please examine the site carefully and you see how one of evil twins (fiat currency and the Federal Reserve) in our financial system has hurt America. The charts are stark in demonstrating how wrong Nixon was.

Here are some simple ideas that could help our troubled world.

Like Loading...
Right now, Americans seem pretty safe from inflation simply because vast numbers of Americans have no money due to being unemployed.  Even those taking economics in state run schools would understand this situation as limiting demand many products and services thus bringing down prices.
However, at some point in time, the economy either begins to recover or America stays in The Great Depression II. In the case of the former, I don’t see how America avoids massive inflation.  Look at the Fed’s Balance Sheet since 1914 in the graph below, it never goes down except for the period right before our current crisis and those reductions led to a large market decline.
What we have here is the American Economy is a House of Cards!
Plan accordingly!

The way out of the immediate crisis is limited and that fact has significant bearing upon the political, social, and economic trajectory of life in America.  Simply put, this situation only ends by:

1) Everyone in the world dies as a result of being infected with COVID-19. That would surely end our crisis but obviously this is not optimal. 2) Everyone is infected with COVID-19 and either dies or becomes immune; a slightly better outcome but again, not in the best interest of America. Likely a more palatable and probable outcome. 3) The ‘curve’ settles and new cases of COVID-19 slow to the point where the health care system can accommodate, and people can become social again and generate economic activity, but at what cost to the economy and social fabric of our nation? However, the best outcome would be 4) A vaccine is created and provided to the entire world although, this option presents some technical and logistical challenges but could take significant time; the question becomes how do we accommodate until this happens?

As the world struggles with the effects of COVID-19, the geopolitical challenges are vast and potentially dangerous. China the world’s second largest economy is wounded, and its Communist Party is potentially facing existential challenges.

The coronavirus outbreak has already taken a great toll on the Chinese economy, with all headline readings pointing towards a record slowdown in growth during the first two months of the year. But there is an even greater danger for what was once the world’s fastest-growing major economy: that Covid-19 will become the catalyst that will bring its many long-simmering problems to the boil. At the centre of these problems is a rising systemic risk in its banking and financial systems caused by a high level of debt accrued over the past decade. (Huang, 2020)

How China and the United States react to the Coronavirus and accompanying economic calamity will most certainly direct the trajectory of world for years to come. One pressing question will be in the area of world trade; does this crisis and its exposure of America’s current inability to produce essential items at home (N95 masks, ventilators, semiconductors…) curtail future trade with China?

I have already written many articles in the past about the Unites States’ debt problems, but China’s have been somewhat opaque to the world. Nevertheless, the United States, China, and the Rest of the World are heading towards recession or depression with the highest recorded levels of debt in history so will this situation drive the United States and China into the Thucydides Trap?

Simply put, this theory was postulated by the great historian Thucydides when he examined the Sparta’s challenge to the supreme Greeks in ancient times.  It is just the concept of a new upcoming power challenging an existing power.  In this case, will China use its political, economic and military might to challenge the United States? Farfetched, just remember 1914.

Add oil to the aforementioned tensions between the United States and China. Since the United State’s shale oil boom began, OPEC and especially Saudi Arabia have been seriously hurt economically and politically.  The current oil war between the Saudi’s and Russia seeks to remedy this and seeks to destroy the United State’s oil exports (most shale producers are highly leveraged and will go bankrupt when prices are below $40 per barrel).  I am sure China, Iran, North Korea are watching the oil war closely and cheering for the destruction of US Oil.  The question is, will these US oil companies, the banks who loaned them money to expand and the hedge funds who bought the CDS’ also require a bailout?

We are in troubled times.

While listening to a podcast on libertarinaism.org from the Cato Institute, one of the hosts, Aaron Ross Powell provided a very clear working definition of politics. 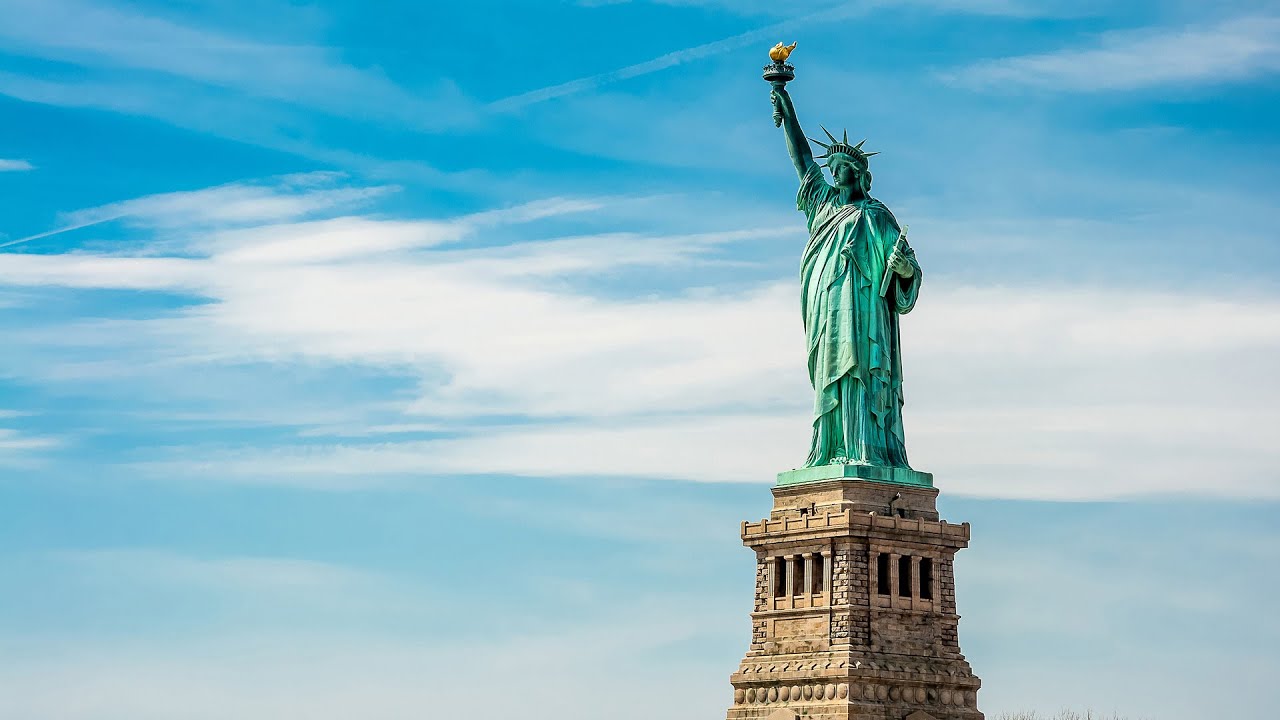 In this podcast, Mr. Powell described the word to mean:

The other host, Trevor Burrus followed with obvious question as to whom enforces the policy once it is codified.

The state doesn’t just ask people to do things. I mean, it does, it first asks, but eventually men with guns will come.

One may ask, isn’t this just democracy and or the tradition of our republican state? Yes, but the problem lies is the state going beyond its charter of protecting life liberty and property. To all but the most Rothbardian libertarians, the state should protect only these rights and beyond that, does the state have a role?  I would say no.

In closing, I suggest we consider a few things before politics exerts its might on the people.

If a politically derived decision does not directly reflect the protection of life, liberty and property it is not in the domain of the state and should be dropped.

In the current election cycle, Bernie Sanders and Elizabeth Warren are on record stating that existing student loan debt should be forgiven by the federal government.  They have not only verbalized this concept in their stump speeches, but they have rather detailed plans on their campaign websites to have taxpayers ‘bailout’ students.

“Moral Hazard is the risk that a party has not entered into a contract in good faith or has provided misleading information about its assets, liabilities, or credit capacity. In addition, moral hazard also may mean a party has an incentive to take unusual risks in a desperate attempt to earn a profit before the contract settles”. [1]

Dissecting the definition and overlaying Sander’s and Warren proposal seems like a moral hazard to me.

Consider the situation of an eighteen-year-old high school student seeking a Direct Subsidized or Direct Unsubsidized loan to attend college. In most cases, this borrower will be obtaining the loan unsecured i.e. they are not placing collateral into the loan application formula. They also have little gainful employment to service this loan.

I would also claim many students are not providing realistic information on their ability to complete the curriculum for a college degree they are borrowing from the taxpayer to obtain – data from the National Center for Educational Statistics states that roughly 40% of students who start a degree program will not obtain a degree within 6 years. This means at a minimum, 40% of these students misled the federal authorities regarding their academic capabilities.

Finally, the ability of a student to pay off their student loans of whatever type depends on landing a job after graduation that pays enough to service their debt. This ability to make monthly payments is highly dependent on the college the student attended and the area of study that same student pursues. According to the Federal Reserve of New York, approximately 44% of recent college graduates are working in jobs that do not even require a college degree. Ergo many of these jobs do not pay enough for the students to make timely payments for their federal loans. As evidence, the Federal Reserve in 2018 highlights that about $200B of current student loan balances are either in default or forbearance. Note, this is in an economy with record low unemployment, what happens if unemployment normalizes?

Rather that enable the current moral hazard the federal government should remove themselves from loaning for individual educations and instead create an environment where many high schools students are prepared to enter the workforce in a well paying job and force four-year colleges to stop raising tuition with the removal of the federal government’s college cash machine.  i.e. universal college loans

After reading this book, I am more convinced statists are advocating socialism in a carpet bombing campaign not only at all levels within the government’s educational monopoly but also in the world of nonfiction books; mainly read by those who have higher cognitive abilities. It seems the goal of author Daniel Markovits is to induce guilt for one’s birthright. My impression is he, without explicitly stating it, would like those who succeed today in our relatively capitalistic marketplace to concede the fruits of their success to the state.  This view is shared with the likes of 2020 presidential candidates Bernie Sanders and Elizabeth Warren who, if elected president, would take real steps at dismantling our economy and culture and replace them with some form of socialism.

This is not a book review however, I do want to highlight the message and fundamental concepts Daniel Markovits advocates. Nature is unfair in its distribution of intelligence and talent thus we must abandon meritocracy.  Markovits is clever and does not leap to state control of the factors of production but that direction seems to be in his heart as the ultimate remedy to the inequality of human capabilities.

To fellow lovers of liberty, please watch for socialists in sheep’s clothing!

We now have the announcement of Time Magazine’s Person of the year. This young girl, Greta Thunberg seems to have captured the hearts and minds of the Mainstream Media and in turn, many statists who blindly follow her emotional pleas for the state to become even more involved in the economy in the name of Climate Change.

Climate Change is complex and requires rational study and debate of all of its aspects; the actual science, the sociology of any change in climate, political ramifications of climate policy, and of course, economic costs and benefits of mitigation and remediation.  I personally have abandoned the Mainstream Media and follow several science blogs. Here I get the latest research and commentary by scientists on both sides of the issue.  These climate sites are bland, filled with data and analysis, and absent of emotion that Time Magazine is hyping with their announcement.

A story I came across (I had not heard of this before) that should be watched/read by those who value limited government and the right to bear arms.

Here is a video of the events:

Here is some analysis and context surrounding the battle:

Applying Cognitive Psychology to the Classroom

Restraining Government in America and Around the World

A Journal of Philosophy, Politics, and Economics

The psychology of horror

All the junk that’s fit to debunk.